Overcoming Grief With Grace: How Forward Planning Can Make All the Difference

By Andrew Thomas | The Epoch Times

Get your ducks in a row

NEW YORK—It was March 15, 2006, and Barbara Newman-Mannix’s husband Jim had not been feeling well for three months. The couple was sitting in an anteroom at Columbia Presbyterian Hospital when they received the news: Jim had terminal stomach cancer.

For some reason, Mannix’s first thought after hearing the diagnosis was the New York Yankees versus Boston Red Sox baseball tickets they had gotten for their twins’ birthday on June 6.

Their doctor, in an attempt to console the shocked mother of two, said he couldn’t imagine what she was thinking right now.

Mannix, a former high-flying merchandizing research specialist, is a practical, forward-thinking person. So it was no surprise that the then-48- year-old already knew where her husband should receive treatment. She called her contact at Sloane Kettering Memorial Hospital straightaway to make arrangements.

It seemed so easy to get things sorted that when they returned home, less than two hours after the diagnosis, Jim looked at his wife and casually said: “Let’s go to lunch.”

That first phone call was instrumental in helping Mannix gracefully deal with what was to come—and was part of what eventually inspired her new calling, helping others through the same process of end-of-life care.

“We had planned. We had put our ducks in a row. That’s my message to everyone I work with [now]. Whatever the ducks are, we have to get them in a row,” Mannix told The Epoch Times.

Over the six months of Jim’s treatment, Mannix had a supportive family and professional network that could help her through the emotional and practical aspects of coming to terms with the fact her husband was dying.

“I say that we had the best of the worst because my husband was an attorney, my brother is a doctor, my husband’s sister is a critical care nurse, both of my brothers-in-law are in finance, and I’m a researcher. So our board was right at our coffee table,” Mannix said.

Looking after their young children kept her going. And there was always someone who could help.

“If I had a glitch in my schedule and couldn’t pick my kids up … If I needed to have somebody take them home, we had best friends, they had best friends, so there was a seamlessness in terms of our care,” Mannix explained.

“We didn’t need to have a calendar on our refrigerator because I had peace of mind if I could pick up the phone and call somebody, they were going to help. I had that same feeling within the medical community.”

Every other Monday, Jim would receive chemotherapy treatment. Despite the tragic circumstances, Mannix and her husband viewed the treatment positively.

“The most important moment of your life when you’re in treatment is being told you’re in good enough shape to get treatment that day. Because if you’re not, you’re turned away,” Mannix explained.

“It became this sort of happy time for us, because we felt like, ‘Ok we’re here, something good is going to happen today.’”

However, Mannix looked around and couldn’t help but notice the other families going through similar crises, and not coping with it so positively.

Towards the end of his life on a Wednesday, Jim decided he wanted to spend his last days at home. Around 40 friends and family came to see him on Thursday once he was home.

“Jim wanted a party, and our edict was that this is a life celebration,” Mannix recalled. Jim passed away Friday morning.

During the following weeks, Mannix and her children went to grief counseling sessions at the local hospice.

“I felt it was important that the kids know that they’re not the only two people in our town, in our county, that are now daddyless,” Mannix said.

“What we all found, the two 9-year-olds and me, is that people were so much more damaged than we were because they had gone through these circumstances looking down instead of looking up.”

Blessed by circumstance, they stayed in the same home, had all the same people around them as the kids grew up, and while the hole never goes away, this protective shield helped get them through it. She called it “a new normal.”

After taking a year off, Mannix knew she had to go back to work. She remembered the waiting rooms where Jim had received treatment, and seeing the other families around her and their look of hopelessness.

She also thought about her then-79-year-old widowed father who lived in Florida and was dealing with his own health issues. She wondered what would happen if he didn’t have the same support network she had had for Jim.

This rumination culminated in Mannix’s second career. Harnessing her practical and positive spirit and her own experiences, she launched A Dignified Life in 2007.

Now her days are spent helping families navigate the medical, legal, and
financial obstacles that surround elder and end of life care.

“In the medical community sometimes, people are hard pressed to tell you the truth [because they are trying to protect you]. You’re the primary party. Now that I’m the third party, it’s much easier to get information from whatever community you’re trying to tap into,” she said.

“Information is power. When you have that information, even though it could be not what you want to hear, at least you know what to expect.”

Knowing that someone is on the end of a phone line to help in times of difficulty is what she offers to her clients—that sense of hope and containment. And it gives her immense satisfaction.

“If you know who that first phone call is, and that person will get a ball rolling, it is exhilarating to know that you can call somebody back and say, ‘I’ve got your back, I know where we’re going with this. What time can we get together tomorrow or the next day?’” Mannix said.

Over the past 11 years, Mannix and her team have helped countless families through difficult times.

At a certain point, Rabinowitz’s grandmother needed 24-hour care. Rabinowitz was not able to commute to New Jersey frequently enough to take on the role. It was stressful and overwhelming.

Rabinowitz reached out to A Dignified Life and immediately saw that Mannix had a pragmatic approach to her work. Mannix and an associate did a needs assessment for her grandmother, and found a new and able live-in caretaker for her.

Having a support system was critical for Rabinowitz’s peace of mind. While Rabinowitz was on a business trip, her 97-year-old grandmother suffered a stroke and was approaching her final moments. Mannix’s team stayed with and cared for her grandmother at the hospital until Rabinowitz arrived.

“It was the most seamless, stress-free, kindest, most generous aspect of the gift that Barbara gave me, and to my grandmother, in knowing that my grandmother truly had peace and comfort at the end of her life,” Rabinowitz said.

Mannix hopes people will think about their own and their parents’ care in old age before it becomes a problem. This issue grows as the population ages.
The Population Reference Bureau estimates the number of Americans aged 65 and older who will require nursing home care will increase from 1.3 million in 2010 to about 2.3 million in 2030.

“People plan their vacations in a more specific way than they plan their long- term care,” she said. “If you have parents who are elderly, then you are on the cusp of what you should be thinking about for your own future.

“Get your ball rolling; have the conversation sooner rather than later.”

If you have a human interest story you’d like to share, write to Andrew Thomas at andrew.thomas@epochtimes.nyc 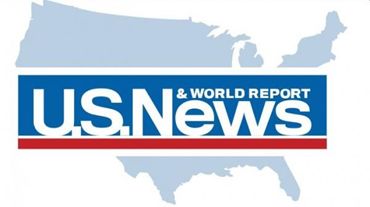